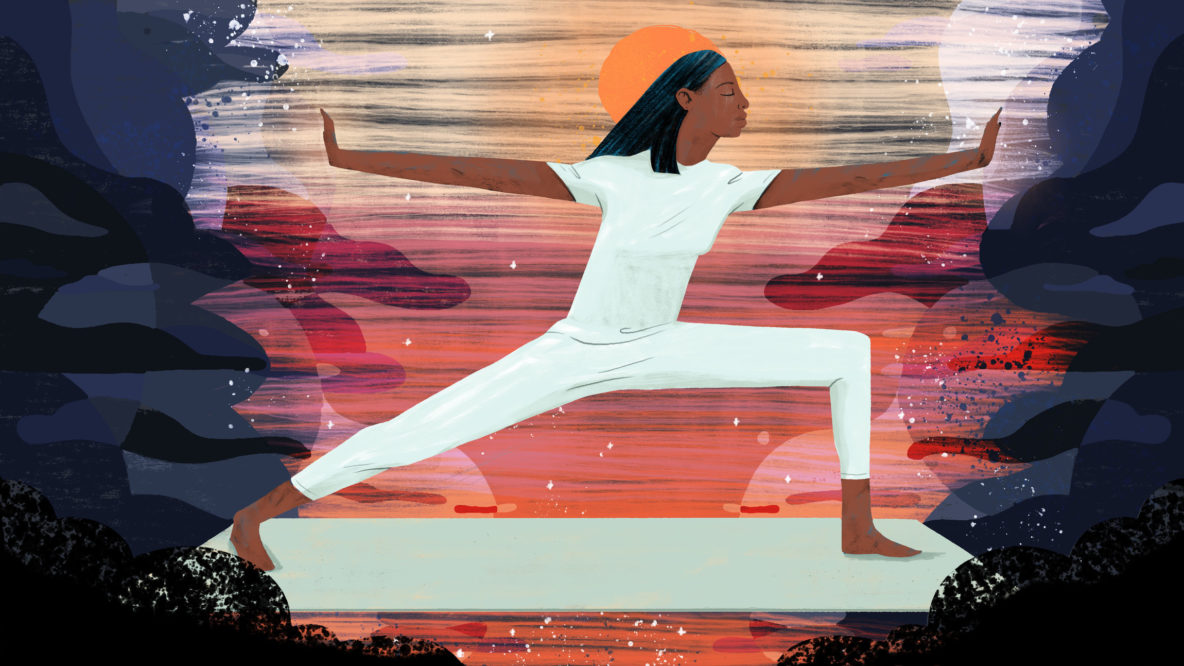 Missy Hart grew up in Redwood City, Calif. — in gangs, on the street, in the foster care system and in institutions.

“Where I’m from,” the 26-year-old says, “you’re constantly in alert mode, like fight or flight.”

But at age 13, when she was incarcerated in juvenile hall for using marijuana, she found herself closing her eyes and letting her guard down in a room full of rival gang members.

Back then, she says, yoga was just another mandatory activity, run by a Bay Area program called The Art of Yoga Project. It offers what it calls “trauma-sensitive yoga” to incarcerated girls.

At first, 13-year-old Hart felt uncomfortable. But, gradually, she learned to use the poses and breathing to relax, and she loved it.

“Most of us [in juvenile hall] come from traumatic childhoods,” she says. “It was the only time you experienced a quiet time, when everything was so chaotic.” She believes the practice helped her cope with symptoms of bipolar disorder. To read more from ANYA KAMENETZ, click here.