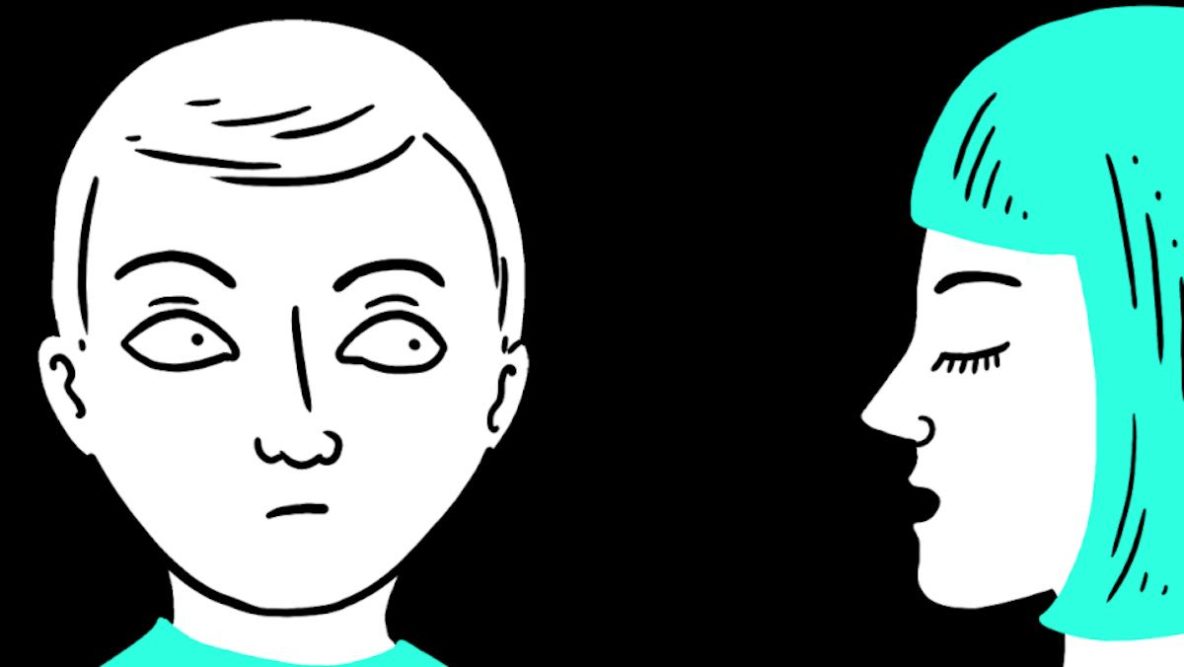 The root of the problem could be social or linguistic.

The quirks in Ramsey Brewer’s conversation are subtle. The 17-year-old repeats himself from time to time and makes small mistakes in the words he uses. For instance, he says he and his best friend look scaringly, not scarily, similar. He also pauses at odd spots, and for a beat or two longer than most people do. When he’s talking, he makes eye contact briefly but then slides his eyes sideways—or closes them. And his comments swerve in unexpected directions: Asked where he goes to school, he says Boston Latin Academy, but then suddenly adds, “I’m not actually from this state,” even though he and his family have lived in Massachusetts for years.

Ramsey knows he regularly misreads other people, but he leaves it to his mother, Kathryn Brewer, to explain how. Once, she says, when she had just climbed some stairs and was short of breath, he thought she had been about to cry. During a visit to the dentist, when Ramsey put on the safety sunglasses, the dental hygienist joked with him: “Hey, you can really pull those off.” Taking her comment literally, he pulled the glasses off his face.

These slight miscues mean that it only takes a few minutes of being in Ramsey’s company to guess that he has autism. Yet he falls within normal ranges on standardized tests of language and cognition and gets high grades at his prestigious mainstream school. It’s that combination of challenges and capabilities that brought him to Ruth Grossman’s Facial Affective and Communicative Expressions (face) lab at Emerson College in downtown Boston. There, Ramsey is participating in a series of studies investigating how social communication goes wrong for adolescents like him.

And go wrong it does. Many of the teenagers with autism whom Grossman works with experience what she calls “conversational breakdowns.” In 2014, Grossman showed 87 people videotapes of nine children with a mild form of autism and 10 without, each speaking a few sentences. The observers didn’t know anything about the children, but it only took one second of tape—video or audio alone, or together—for them to realize there was something different about the children on the spectrum. The results, which have since been validated several times over, inspired Grossman’s subsequent work and her passion for this line of inquiry. “Clearly there is something going on, something very salient and very subtle at the same time,” she says, with an intense energy appropriate for someone who is studying expressiveness. “It happens all the time, and it leads to a reduced willingness of people to engage with people with autism.”

The big question is just what, exactly, those communication quirks are. Ever since Leo Kanner and Hans Asperger first identified autism, language problems have been part of the diagnostic criteria in some form. But historically, those criteria bifurcated people on the spectrum into those with or without severe language deficits, and didn’t consider less obvious problems. The current iteration of the “Diagnostic and Statistical Manual of Mental Disorders,” the DSM-5, dropped language problems as a diagnostic requirement, subsuming them under difficulties with social interaction. That change recognized the reality that anything social involves communication, but scientists are just beginning to explore the fine-grained aspects of how people with autism communicate. To read more from LYDIA DENWORTH, click here.