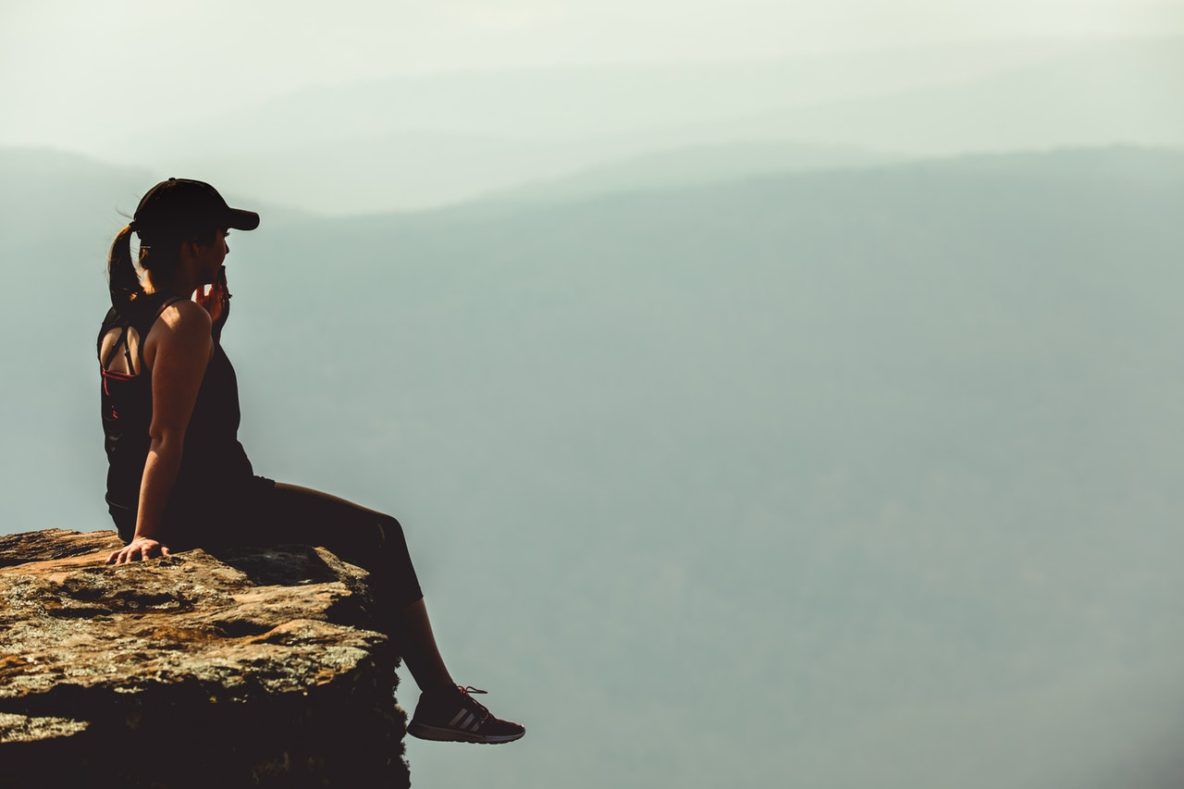 We’ve needed fear to survive as a species. But how do you not let the emotional response of the fear reflex run wild?

A friend of mine who works for a jewelry company that makes necklaces inscribed with empowering sayings recently offered me one.

“How about the ‘I am fearless’ one?” she asked.

She laughed. I did too. Except I meant it. And I haven’t been able to stop thinking about it since.

I suspect fearlessness is a concept invented by motivational speakers to sell books and command large audiences at events that feature fear-conquering exercises. I wonder, is being fearless even a real thing?

“Talking about being fearless covers up where people really are with fear,” says Dr. Kerry Ressler, director of the Neurobiology of Fear Laboratory at McLean Hospital. “After all, fear is the most evolutionarily conserved behavioral reflex for survival.”

Fear, he says, produces the same responses in people now as it did at the beginning of human history. We’ve needed fear to survive as a species, to run from the lion crouching in the brush, and we still need it. “The question,” he says, “is how do you not let the emotional response of the fear reflex run wild?”

Dr. Ressler says the great majority of people — about 90 percent — are resilient after something frightening or tragic happens, like a car accident or the death of a loved one. They are left with a bad memory or with grief, but they have perspective.

Yet about 10 percent of people generalize the fearful memory or the grief. Their brains continually get cues that the bad thing is still happening, and their bodies respond accordingly.

“It becomes a black hole of emotion,” Dr. Ressler says.

Why do some people get stuck in fear to the point of developing post-traumatic stress disorder, traumatic grief or other panic disorders, while others seem to become more, well, fearless?

“We’re trying to figure that out,” says Dr. Ressler, whose research lab is studying the mechanisms underlying fear, in the hopes that they might one day understand how to turn down the fear response in people with fear-related disorders.

What happens when you face your worst fear? Missy Meinhardt, 51, of Cincinnati, lost her 18-month-old daughter, Sophie, to a brain tumor in 2006. As any parent will tell you, losing a child is always the biggest fear.

“In many ways, I am fearless now,” she says. She still has the typical worries about her other kids, “but in so many ways, I’m a changed woman. I don’t care what people think about me the way I used to. I have a sense of freedom I didn’t have before.”

As an educator who teaches at-risk kids, Ms. Meinhardt used to stress so much about evaluations and trying to get everything perfect in the classroom. “I’m just not afraid to fail anymore,” she says. “If a schedule or a resource doesn’t work, I’ll try something else and keep advocating for these kids. And if for some reason I get reprimanded for speaking out, well, I am not afraid to find another job.”

For her, tragedy was the cue to let go of certain fears. But are there easier ways to find that liberation?

Jeannette Walls, author of the memoir “The Glass Castle,” knows a thing or two about facing down fears. She had been working as a high-profile journalist for New York magazine, hiding the fact that she grew up extremely poor, when one day she encountered her homeless mother on the street — an experience that filled her with shame, and which she subsequently used as the opening scene of her book.

“It felt like I was surviving in a world that wasn’t mine, and I was going to get ‘found out,’ and exposed and people would literally throw things at me, the way they did when I was a kid,” she says. “But it got to the point where I was tired of hiding. The story needed to be told, and I needed to be the one to tell it.”

It turns out that no one actually threw eggs at her. In fact, facing her fears and telling her story changed her life for the better. “I’m so much happier now,” Ms. Walls says.

A recent study in the journal Personality Disorders points out that psychopaths and professionals who respond to emergency situations, such as ambulance workers and firefighters, share a similar trait: a low level of fear. This makes me think of my brother-in-law, a police officer in a large Midwestern city with a high crime rate (he didn’t want to divulge his identity for professional reasons).

“I’m not saying you’re a psychopath or anything, but how afraid are you at work?” I ask him.

He says what he usually feels at work in tense situations is adrenaline, like what you feel on the starting line of a race. “I have a lot of the same fears everyone else has,” he says. “I just put it aside though. Truthfully, I’m less afraid of running in when others are running away than I am afraid of someone thinking I’m incompetent, or of not doing my job.”

Scott Lilienfeld, a professor of psychology at Emory University and the co-author of the psychopath study, said my brother-in-law’s experience is typical of most “heroic” people.

“They are heroic not necessarily because they are constitutionally fearless, but because they can learn to turn their fear off,” he explains, adding, “there is a narrow gradient around things we are afraid of. Fears are very compartmentalized.”

My brother-in-law tends to agree. “Facing down a gunman at work doesn’t make me any less afraid of taking other risks in life,” he says.

While we might be capable of channeling resilience after tragedy, facing down fears and becoming stronger, or turning off fears in certain areas, the idea of total fearlessness as an overall approach to life still seems mythical.

I think about what Ms. Meinhardt told me when I asked her why she and her husband didn’t shrink into fear after their daughter’s death. “Because when we went to group counseling with other families who had lost a child, I saw who I didn’t want to become,” she said, noting that many of the other families had become very bitter and decided to stop celebrating anything. For her, the fear of that existence was greater than the fear of moving forward.

For Jeannette Walls, the fear of not telling her personal story was greater than the fear of the world judging her for her past.

For my brother-in-law, the fear of not saving someone from an active shooter is greater than his fear of getting shot.

Maybe it’s always the greater fear that motivates us to conquer the lesser fear. Maybe we do the scary thing, because the alternative is even scarier.

I’d rather have a necklace that says, “I am afraid all of the time.” But my friend’s jewelry company doesn’t make those. Instead, I got a pretty gold one that simply says, “I will persevere.”

That one, I wear daily.