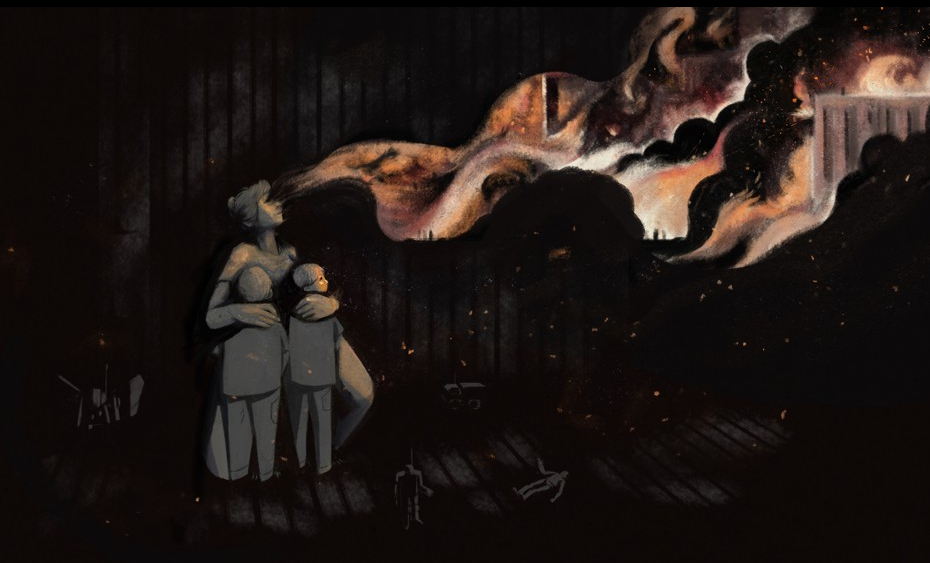 Years have gone by since my return from Iraq. My children are in elementary school, my time in the war was 10 years ago, and yet, the war followed me home in the guise of combat PTSD, wrapping itself around me like another one of my children. As I stood there that day, Bowen stuck to my knees, my mind reeled: What have I done to them?

War can shape, create, and sometimes destroy generations. Younger generations, fully aware of what befell the generation before them, sometimes seem to become hell-bent on repeating history. But the truth of the matter is that war not only changes the soldier; it changes their family as well. My boys are too young to actually remember my war, and yet they appear to be following in my footsteps. Pictures of fighting bad guys drawn in crayon are affixed to my refrigerator with magnets. When asked on Career Day what they wanted to be when they grew up, they proudly asserted that they want to join the Army after college. To read more from Brooke King, click here.