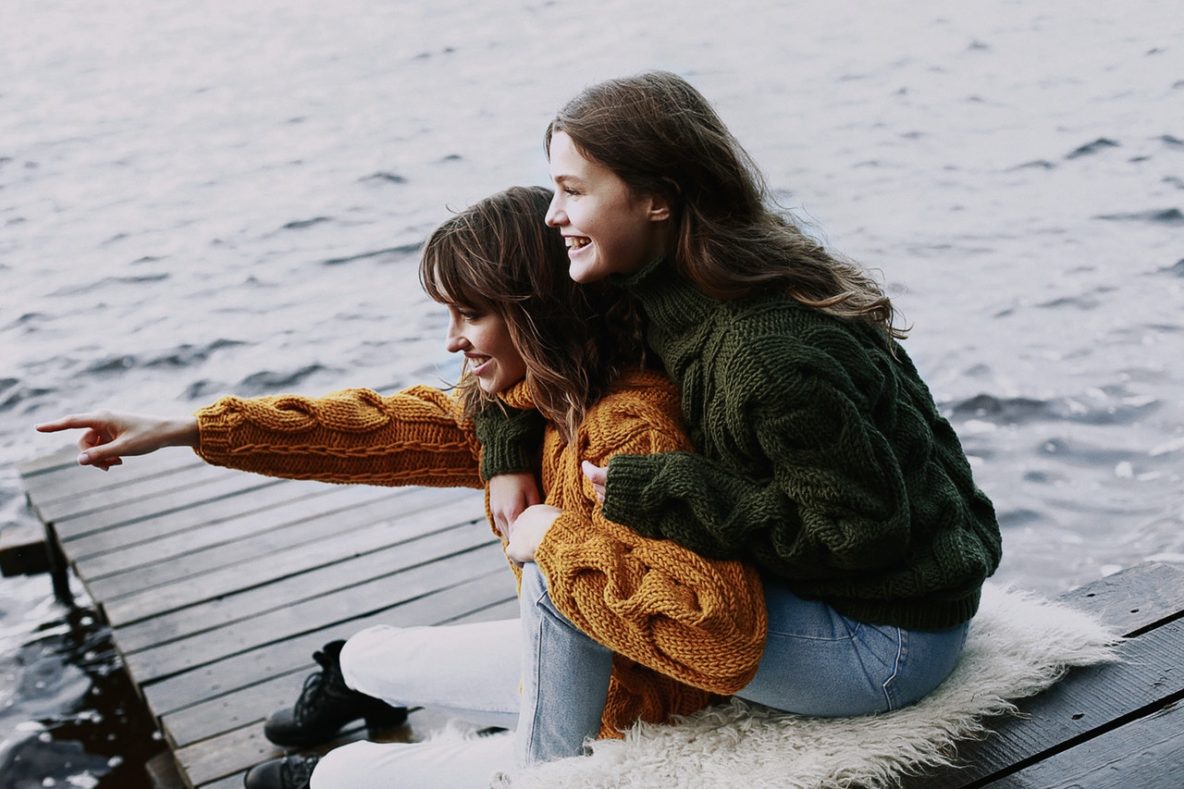 Their worries about mental health might have a bright side.

In the past decade, young people in the United States have borne the brunt of some of the most highly publicized sources of stress. Mental illness is an enormous public-health concern for Americans of any age, but things such as anxiety over school shootings and the fallout of cyberbullying can make being young in this country uniquely difficult, on top of looming concerns such as college debt and building a career. Adolescents are seeing the emotional ramifications of these problems play out among their peers in huge numbers. But the statistics might contain a significant silver lining about teen mental health.

Earlier this week, the Pew Research Center released the results of a survey conducted among a nationally representative sample of 920 American teens ages 13 to 17. It asked them about their relationships with family and friends, goals for the future, and the pressures they feel now. The findings contain a number of interesting data points about the country’s youngest generation—more teen boys than teen girls say marriage is important to them, for example—but that 70 percent of teens see mental health as a major struggle for their peers is maybe the survey’s most alarming result.

About 20 percent of American adolescents struggle with some kind of mental-health disorder, most commonly depression or anxiety. Recent studies suggest that those problems are becoming more widespread. Most of these cases are treatable, but as with adults, stigma has long been a significant barrier to accessing help for teens. “People are afraid of mental illness,” says Jennifer Havens, a professor of child and adolescent psychiatry at the New York University School of Medicine. “Adolescents commonly have symptoms for like five to seven years before they get treatment for depression.”

Even though it’s troubling that so many teens worry about their peers’ well-being, it might also represent progress in how Americans relate to and empathize with the mentally ill. According to Havens, fear of mental illness is often motivated by not understanding how it most frequently presents: People think of strangers having psychotic episodes on the street instead of their friend not wanting to meet for lunch. “Depressive disorders can creep up on you, and they aren’t obvious,” she says. “They change the way you see the world, so you think it’s kind of normal.”

Especially when it comes to problems with subtle external symptoms, such as depression and anxiety, having friends who are attuned to the commonality of mental-health struggles—such as the ones in Pew’s new survey—can be a big first step to getting help. “Sometimes it’s another kid who says, ‘My friend is talking about killing themselves,’ and that’s how we get kids into care,” Havens says. Parents might misread the signs of these emotional problems as just a kid grappling with growing up.

“It’s both worrying and positive at the same time,” says Claire Henderson, a clinical senior lecturer at the King’s College London Institute of Psychiatry, Psychology, and Neuroscience. “In terms of more people saying they know someone [with mental illness], it may be because the rates are going up, but it may also be because of a greater level of awareness.”

Henderson describes the evidence that awareness alone can decrease stigma as “not marvelous,” but she says that knowing someone who’s struggled with mental health or experiencing issues of your own can have a profound impact. “Those factors are much more strongly associated with having positive attitudes [about mental health] than any kind of demographic characteristics,” she explains. In that way, American teens’ widespread perception of their peers’ issues could be a boon to public-health efforts to reduce stigma and help people access care.

Although the internet is often cited as a source of stress that can trigger mental-health problems, Havens thinks its power to help teens is significant, and that it likely has contributed to the increased understanding that Pew’s survey demonstrates. “It gives them access to information and ways to think about what the symptoms are,” she says. “You have to follow up with someone who knows how to really assess you, because it’s not that simple, but these problems are so ubiquitous.” Kids currently in high school are digital natives, and their facility with finding the kinds of answers to which older generations didn’t have access could mean good things for their mental health in the long run.

Stigma and awareness aren’t the sole obstacles to health care, though, which means that adolescents’ better understanding of their peers can only go so far. “It’s not easy to access mental-health services, particularly child-psychiatry services,” Havens cautions. Unless a teen’s family is wealthy enough to pay out of pocket to a provider of their choice, psychiatrists and therapists specializing in young people can be out of reach even for those with insurance, especially in places without academic hospitals that train new doctors in treating children.

But for an age group that’s so frequently painted as cruel to one another, Pew’s new numbers help moderate that stereotype and give a fuller picture of what it’s like to be a teenager in America in 2019. They might be struggling, but most of them appear to understand that they’re not struggling alone.

AMANDA MULL is a staff writer at The Atlantic.